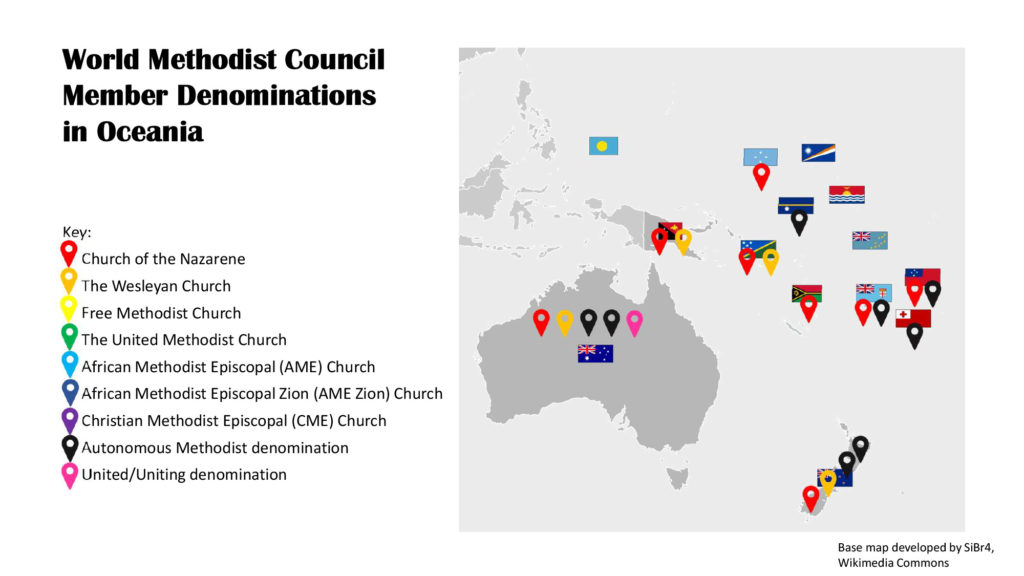 The first missionaries who came to Tonga landed in 1787. They were sent out by the London Missionary Society and were not ministers but tradesmen, the plan being to give some elements of civilization and afterwards when the way had been prepared, to give Christian teaching. This attempt failed. The Tongans misjudged the intentions of these men and during war between different factions some were massacred and others left the country.
In 1822 the Rev. Walter Lawry came and remained for 14 months. He met with a great deal of opposition and abandoned the attempt to Christianize Tonga.
On June 28, 1826, Revs. John Thomas and John Hutchinson landed at Ha‟atafu where a monument now stands to mark the spot and commemorate the event. They settled at Kolovai, the largest village in that area. Some months prior to this two Tahitians, Hape and Tafeta, began work successfully in Nuku‟alofa. Soon other missionaries arrived and the work spread to Ha‟apai and Vava‟u groups.
In July 1834 beginning in a service at „Utui conducted by a Tongan, a great work of the Spirit of God brought almost all the people of Vava‟u into the church. By the end of 1834 it was said there were no heathen left in Ha‟apai. The work was slower in Tongatapu but by 1853 all Tongans were at least nominally Christian.
The Free Wesleyan church of Tonga, gained autonomy from the General Conference of The Methodist Church of Australia when the Uniting Church on Australia was established. This was a significant decision on the part of the Tongan Conference to gain this freedom from the Australian Conference and thus lived up to its name of Free Wesleyan Church of Tonga.
Education is a strong feature of the work of the church in Tonga. It is responsible for the secondary education of more than 60 percent of the students in Tonga. It runs five senior secondary schools and two district schools, seven primary schools and three middle schools. Christian education and evangelism have also become high in the list of the church priorities. For the last decade of the century the church adopted the theme of “Witness 2000,” which involved an all-out drive to reach young people who are not yet catechists.
The Department of Christian Education and Evangelism works closely with the Women‟s Department in implementing the theme of the church. The Women‟s Department sees to the welfare of women in the church.
Although free from the General Australian Conference, the church very much values its relationships with the World Mission of the Uniting Church in Australia. At the end of 1991, there were three missionaries from Australia, one from the Methodist Church Overseas Division in Britian, and several Peace corps Volunteers as well as Australian volunteers, mainly in church schools.
The Tongan Church Mission Board oversees numerous Tongan congregations in other countries, notably the United States, Australia and New Zealand, as some congregations have opted to remain affiliated with the parent church in Tonga. Church work centers mainly on evangelism.