The World Methodist Council (WMC), a body representing more than 80 million people called Methodist in 134 countries, pray with the WCC, other people of faith and no-faith, to respond to the needs of the people of Tonga and its surrounding islands as they seek to recover from the devastation and disaster of the tsunami and effects of the eruption of an underwater volcano, the Hunga Tonga Hunga Ha’apai. On 15th January 2022, the volcano erupted, spewing forth an ash plume almost 20km high. The eruption was the largest Tonga and the world has faced in 30 years, creating tsunami alerts as far as Australia and New Zealand.

The WMC affirms the World Council of Church’s assurance that our solidarity and prayers will be ongoing as the Kingdom of Tonga seeks to cope with the aftermath of the tsunami. The WMC affirms reports that the government of the Kingdom of Tonga has reacted swiftly, deploying a naval vessel to the Ha’api islands carrying the World Health Organization (WHO) trained Tonga Emergency Medical Assistance Team (TEMAT) to help treat any people who may have been injured. An advisory has been issued to the Tongan public to remain indoors, use masks if going out, and drink bottled water to avoid the consequences of the ash fall.

The WMC General Secretary, Bishop Ivan Abrahams, recognizes that the United Nations has been working to support the Tonga government’s response since the eruption occurred. “We give thanks that WHO’s Country Liaison Officer for Tonga, Dr. Yutaro Setoya, played a critical role in channeling communication between UN agencies and the Tongan government, and between the UN and their staff in Tonga,” said Abrahams. With international phone lines and internet connectivity downed, Dr. Setoya’s satellite phone was one of the few ways to get information into and out of the country. Setoya reported that around 100 houses had been damaged and 50 destroyed just on the main island of Tongatapu. Two deaths have been reported to date.

The WMC notes that the UN’s emergency response is coordinated via the Pacific Humanitarian Team (PHT), which brings together United Nations agencies, the Red Cross movement, and international non-governmental organizations to organize in-country and remote support to the Tongan government’s response efforts. The PHT’s initial focus is on supporting the re-establishment of communications, finding ways to bring in relief supplies, and providing technical advice on a range of issues, such as ensuring the safety of ash-affected drinking water.  While we remain thankful that all health facilities on Tongatapu are fully functioning and clean-up efforts have been initiated, we await information on the degree of destruction still being gathered. The Ha’apai and Vava’u island groups, for example, remain out of contact with the capital. There are particular concerns about the smaller and low-lying islands of Mango and Fonoi in the Ha’apai group.

GLOBAL PRAYER IN A TIME OF THE KINGDOM OF TONGA IN THE FACE OF VOLCANIC ERUPTION.

God of goodness and love, we have been taught to rely on you for our every provision in times of need: have mercy on all who are faced with fear, terror, and distress in this time of the volcanic eruption, flood, and ash poisoning in the Kingdom of Tonga.

We thank you for the work and help of the World Health Organization, organized by the United Nations Organizations and nations that have already given speedy service and assistance. Through its establishment of international relationships, we pray that global justice may be established, fear and suspicion be removed, and lasting peace may be ensured.

We pray through him who came to show humanity the ways of justice, peace and kindness, even our Lord, Jesus Christ.

Lord, in Your mercy, hear our prayer. And let our cries come unto You.

Statement on COVID-19 crisis in the DPRK 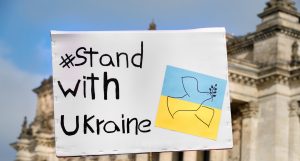