The World Methodist Council (WMC), founded in 1881, is a consultative body and association of churches in the Methodist and Wesleyan tradition. It comprises 82 member denominations in 138 countries, which together represent near 82 million people.

Bishop Ivan Abrahams, the General Secretary, warmly welcomed the United Nations Security Council’s adoption of Resolution 2532 (2020), which demands “a general and immediate ceasefire of hostilities in all situations, on its agenda.”

He notes and appreciates the efforts of António Guterres’, the UN Secretary-General’s call on March 23rd, 2020, warring parties across the world “to lay down their weapons in support of the bigger battle against COVID-19 the common enemy that is threatening all of humankind … silence the guns; stop the artillery; end the airstrikes to help create corridors for lifesaving aid to open the windows for diplomacy and to bring hope to places among the most vulnerable to COVID-19.” When Guterres made this call, the World Health Organisation recorded 300,000 cases of the virus and 12,700 deaths globally. As of July 9th, 2020, the total number of cases stands at 10,185,374, with 503,462 deaths globally.

The UNSC Resolution 2352 called for a “humanitarian pause” of 90 days to enable the safe, undeniable, and safe delivery of lifesaving equipment …” Abrahams, however, expressed regret that no ceasefire would apply to ongoing military operations against “extremist groups such as ISIL, often known as Da’esh, Al Queda, the Al Nusra Front and other designated terrorist groups.”

Abrahams points out that the WMC is historically clearly built on honoring a commitment to global peace co-existing with social, economic, and political justice for poor, vulnerable, and marginalized people, especially women and children. He cites the Rev. Dr. Inderjit Bhogal, a former President of the British Methodist Conference who, upon hearing that he was the recipient of the WMC 2018 Peace Award, said, “The primary form of violence and cause of conflict, and the biggest killer is poverty, and increasingly environment degradation. We must challenge our governments to divert money and investment from war to the ending of poverty and tackling climate change and pollution. In our personal lives, we need to find ways to live with greater grace and generosity with those who are different from us.”

The WMC joins other World Communions and faith leaders in their appeal to the Permanent Five members of the Security Council together with the General-Secretary to implement resolution 2532 (2020).

Abrahams says an opportunity exists for all governments to cooperate with all organs of the United Nations to implement this “people-centered and prevention-oriented response that strengthens the protection of all people.” 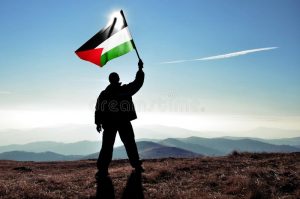