“In so many ways, James Cone has been Union Theological Seminary for the past 50 years,” said Union president Serene Jones. “To say his death leaves a void is a staggering understatement. His prophetic voice, deep kindness, and fierce commitment to black liberation embodied not just the very best of our seminary, but of theological field as a whole and of American prophetic thought and action.”

Cone is best known as the father of black liberation theology. In his ground-breaking works, Black Theology & Black Power (1969); A Black Theology of Liberation (1970); and God of the Oppressed (1975), Cone upended the theological establishment with his vigorous articulation of God’s radical identification with black people in the United States. His eloquent portrayal of Christ’s blackness shattered dominant white theological paradigms, and ignited a wave of subsequent American liberation theologies.

Through his published works, and in the classroom, Cone shaped generations of scholars, professors, pastors, and activists, kindling in countless people the fire for dismantling white supremacy. Upon news of his passing, Professor Cornel West remarked about his colleague and friend, “James Cone was the theological giant and genius in our midst! He was the greatest liberation theologian to emerge in the American empire—and he never ever sold out.”

As Cone, himself, explained in 1997 in the introduction to an updated and expanded edition of the classic work Black Theology and Black Power, “I wanted to speak on behalf of the voiceless black masses in the name of Jesus, whose gospel I believed had been greatly distorted by the preaching theology of white churches.” The degree to which this witness called white churches and theologians to task cannot be overstated. Don Shriver, President Emeritus of Union, remarked that Cone’s “lifework was a distinguished contribution to the integrity of Christian witness worldwide.”

Cone’s most recent book, The Cross and the Lynching Tree earned Cone the 2018 Grawemeyer Award in Religion, jointly awarded by Louisville Presbyterian Theological Seminary and the University of Louisville.

“The crucifixion was clearly a first-century lynching,” wrote Cone. “Both are symbols of the death of the innocent, mob hysteria, humiliation, and terror. They both also reveal a thirst for life that refuses to let the worst determine our final meaning and demonstrate that God can transform ugliness into beauty, into God’s liberating presence.”

Cone completed his final book, a memoir, just a few months before his passing. Said I Wasn’t Gonna Tell Nobody will be published later this year. His longtime editor, Robert Ellsberg of Orbis Books, shared these words written by Cone for the conclusion of the memoir: “I write because writing is the way I fight. Teaching is the way I resist, doing what I can to subvert white supremacy.”

Born in Fordyce, Ark., Cone did his undergraduate study at Shorter College and Philander Smith College (B.A., 1958) in Little Rock. He graduated from Garrett Theological Seminary with a Bachelor of Divinity degree in 1961 and received his M.A. from Northwestern University 1963. Two years later, the Ph.D. was conferred on him by Northwestern.

Cone joined Union’s faculty in 1969 and was promoted to full professor of theology in 1973. He was named the Bill & Judith Moyers Distinguished Professor of Systematic Theology in 2017. At Union, he researched and taught Christian theology, with special attention to black liberation theology and the liberation theologies of Africa, Asia, and Latin America. He also taught 19th and 20th-century European-American theologies.

On April 18, Cone was elected to the 2018 class of the American Academy of Arts & Sciences. Among other numerous awards he received are the American Black Achievement Award in religion given by Ebony Magazine (November 1992); the Fund for Theological Education Award for contributions to theological education and scholarship (November 1999); the Martin E. Marty Award for the Public Understanding of Religion (2009); the Eliza Garrett Distinguished Service Award in recognition of seminal theological scholarship from Garrett-Evangelical Theological Seminary (2010). He received 13 honorary degrees, including an honoris causa from the Institut Protestant de Théologie in Paris, France.

Cone, an ordained itinerant elder in the African Methodist Episcopal Church, was listed in the Directory of American Scholars, Who’s Who in America, Who’s Who in American Religion, Who’s Who among African Americans, and Who’s Who in the World. He was the author of 12 books and over 150 articles and lectured at many universities and community organizations throughout the United States, Europe, Africa, Asia, Latin America, and the Caribbean. He was an active member of numerous professional societies, including the Society for the Study of Black Religion, the American Academy of Religion, and the Ecumenical Association of Third World Theologians (EATWOT) in the Philippines. He was a founding member of the Society of Race, Ethnicity, and Religion (SRER).

He is survived by his sons Michael and Charles, daughters Robynn and Krystal, and two grandchildren, Jolei and Miles.

This article was originally published at www.thechristianrecorder.com. It has been re-posted with permission. 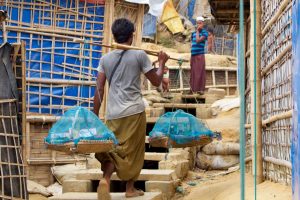