The World Methodist Council mourns the loss of a great preacher, evangelist, and friend. The Rev. William Franklin “Billy” Graham, Jr., who died today (Feb. 21) at the age of 99.

Known as “America’s Preacher,” Graham ministered worldwide, bringing the gospel message to billions. His Crusades, along with radio and television broadcasts encouraged millions of people to decide to follow Christ. He counseled presidents dating back to Dwight Eisenhower, and was one of the most influential evangelists of his time.

World Methodist Council General Secretary Ivan Abrahams reflects, “Billy Graham was a man of his time, an evangelist par excellence who touched the lives of many including heads of State. We thank God for his life and witness and express condolences to his family.”

Graham was raised in a Presbyterian family and lived on a small farm near Charlotte, North Carolina. He became a Christian in 1934 at the age of 16. In 1939, he was ordained a Southern Baptist minister, and ten years later he captured the nation’s attention at a Crusade held in Los Angeles, California. In all, Rev. Billy Graham preached 417 Crusades.

In Graham’s early years of ministry, he spoke out against racism in the United States, and later publicly opposed apartheid in South Africa. He prohibited segregated seating at his crusades, which caused friction with some. The Rev. Dr. Martin Luther King Jr. said, “Had it not been for the ministry of my good friend Dr. Billy Graham, my work in the civil rights movement would not have been as successful as it has been.” Likewise, Graham often spoke of his friendship with religious leaders such as King and Pope John Paul II.

Through the years, the World Methodist Council maintained a friendly connection with Rev. Graham and his Evangelistic Association. In 1956, Rev. Graham was a guest at the World Methodist Conference held at Lake Junaluska, North Carolina. Dr. Joe Hale met with Graham at his mountain home in the 1980s, and considered Graham a mentor, often exchanging letters with Graham during his tenure as General Secretary of the World Methodist Council. Hale heard Billy Graham preach when he was 16 years old and recalled, “It was then that I was led to commit my life to Christ, and as a result, the faith that I had been taught from childhood came to be meaningful and alive. I realized that Christ had died for me and provided salvation for my sins.”

Rev. Dr. Eddie Fox, Director Emeritus of World Methodist Evangelism also remembers his interactions with Rev. Graham. Having served on the faculty of the Billy Graham Schools of Evangelism for more than 15 years, Fox recalls “On more than one occasion [Rev. Graham] would send a message of encouragement to us.  We joined with him and leaders around the world in a great gathering at the beginning of this new millennium for a renewed, deeper commitment to the spreading of the good news ‘That the whole world would know Jesus Christ.’”

Graham, despite his success and notoriety, was deeply humble. He stated, “My one purpose in life is to help people find a personal relationship with God, which I believe, comes through knowing Christ.” In 1980, Graham preached at the United Methodist Congress on Evangelism, a recording of which can be heard at https://methodistthinker.com. He received many honors and awards, including the Philip Award from the Association of United Methodist Evangelists in 1976, The Distinguished Service Medal of the Salvation Army, and The Presidential Medal of Freedom (U.S.) in 1983.

The World Methodist Council extends its deepest condolences to the Graham family and friends. We pray that Rev. Graham’s passion for sharing Christ’s love will live on in the many lives he trained and touched.

Rev. Billy Graham’s Official Obituary may be found at https://memorial.billygraham.org/official-obituary/.

CONDOLENCES TO THE UNITED METHODIST CHURCH OF SIERRA LEONE

Mission Beyond COVID-19: COVID-19: Hindrance or Help to Peacemaking? 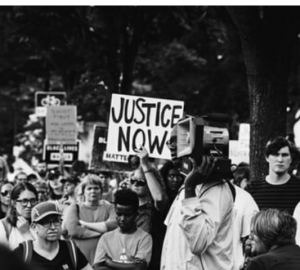